As well as being an ideal destination for holidays next to the beach or ones filled with lots of activities and sports, you can enjoy experience a wide range of religious holidays and tourism in Evia. The island is home to a large number of important churches and monasteries that attract visitors from all over the world. 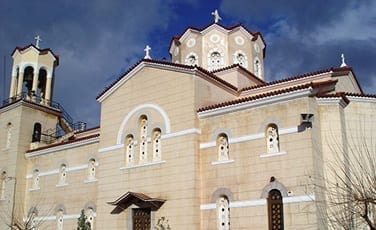 Having come of age, he was recruited to the army of Peter the Great and took part in the Russo-Turkish War (1710–1711). During this war he was captured and and made a prisoner. He was then sold into slavery to the head of Turkish cavalr. The saint refused to adopt Islam as his religion and was constantly humiliated and tormented by the Turks who would call him a “kafir”, meaning “unbeliever”. However, over time the mockery stopped due to saint’s steadiness in faith, humility and diligence, and he later became respected by his master and the household. He died in 1730, and his remains are today housed at the church. In 1962 he was declared a Saint by the Russian church.

A large number of visitors come to the church on May 27th to honour the saint. Christians from all over the world come to worship here and the relics of the saint are said to conjure up the help during the difficult moments of peoples lives. On May 26th ( the eve of the celebrations ) many believers walk to the sacred temple to worship and pray, covering a distance from 30 to 50 kms. The village Prokopi is about 50 km from the capital of Evia, and the journey is a magnificent and picturesque one.

The church has been a charitable foundation since 1962 and has a hostel for visiting pilgrims, two orphanages, and old age home and a summer camp for young children.

The Holy Shrine of Virgin Mary is located in the area called New Artaki which is approximately 10km north of Chalkida,. The history of the original icon of Panagia Faneromeni is one that dates back to the 12th century. Its location was revealed in a miraculous manner to the local residents of Kizikou in Asia Minor, who named it “the revealed one” (Faneromeni).

A monastery was eventually built on the spot of the discovery, and the icon was housed there until 1922 when the Orthodox church was forced out of the region. Taking the icon with them, the people went to Constantinople ( Istanbul ) and the holy icon was placed in the Church of Saint George in the Patriarchate where it remains until this day.

The monastery of Saint David

The monastery of Saint David is located in the region of northern Evia and is one of the most famous and visited monasteries in all of Greece. The popularity of this monastery is largely due to the personality of the charismatic monk who was abbot towards the end of his life. The monk was Elder James Tsalikis and he was cited with helping large numbers of people during difficuly moments in their lives, and there is a great many testimonials of his relief of human suffering.

Even after his death in 1991, hundreds of believers visit at the monastery, especially on weekends, to worship at his grave and seek spiritual help with their problems. The monastery is located close to the village of Drimonas on the foothills of the mountain known as the “Horseman”. Access to the monastery is via the intersection at Edipsou Limni, just outside the town of Rovies.

The Monastery of Saint George & ARMA

The Men’s Monastery St George Arma or Arma is located in a pine-covered area 10 km about 20 km from Chalkida. During the Turkish occupation, the monastery of St. George was the spiritual center of the region. The old abbey church survives today, which is one of the finest late Byzantine monuments of the island of Evia.

It is a cruciform church with a dome and even complex tetrakis (Constantinopolitan type). The temple consists of a narthex with a virtually square plan and the main temple, which bears a dome supported on four columns derived from a pre-Christian edifice – most likely a church. Today near the church of the old monastery a new monastery has been founded.

The Assumption Monastery of Mary Makrymalla

The male Monastery of the Assumption Makrymalli is located on a hillside approximately 2 km from the village Makrymalli , 7 km North of Psachna and a total of 20 km from Chalkida – the capital city of Evia. Due to successive disasters suffered in the area no written records have survived for the early years of its history, with all of them being based on oral tradition and stories passed down through the generations.

Accordingly, the founders of the monastery were two brothers who were farmers. Every night they saw a light in the opposite cliff of where the monastery is today located. Legend says that when they went to the source of this light, they found the icon of the Virgin Mary. They took it into their huts and built a small shrine where they put it front of a lit candle. Later they abandoned everything and became monks and they built the monastery around the 12th century. Allegedly because of the monk’s long hair, the monastery took its name Makrymalla ( long hair ). However there are other versions about the origin of the name of the monastery, with one suggesting that it took its name from the first abbot named Makrymalla, while another says it was named after the image of long-haired Mary, which existed in the old Byzantine church.

The library of the monastery has a rich collection of religious and historical content. In the monastery are kept the relics of Saints: Virgo, Paraskevi, Charalambous, Panteleimon, Anargiron, Kingdom Angora, St. John the Baptist, the Bishop Riginou Skopelos and many others. Many monks took part in the revolution of 1821, hence this is the cause of the destruction and looting of the Turks. After liberation the monastery was rebuilt. In 1950 it was converted in to female monastery, while in December 2013 was again converted back into a male monastery.

The Monastery of Saint Nicholas

This monastery was built in a beautiful location northeast of Upper Vathia and has some amazing views of the Evian and the southern shores of Attica. As visitors pass through the main gate of the monastery, they will see the huge tree in the backyard that is about 1000 years old. We are told that the first monastic community settled here in the mid-15th century (1455). The Cathedral in honor of Saint Nicholas was rebuilt from 1460 until 1463 and was beautifully painted with the fresco technique. Many of the paintings are still preserved and visitors can still see them when visiting the monastery.

The church, which is a cross-shaped basilica aisle, is the only ancient buildings of the monastery that have managed to escape a number of natural disasters as well as the ravages of time. From the little evidence available it appears that the life of the monastery was undisturbed until the early 18th century when it began with the struggles against the Turks in various parts of Greece. More recently, with a number of donations, fund raising and the work of nuns and local residents, the monastery has expanded with new wings being built.

find out about our hospitality 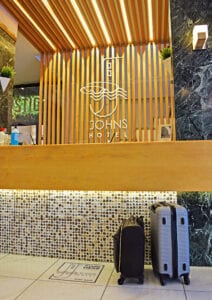 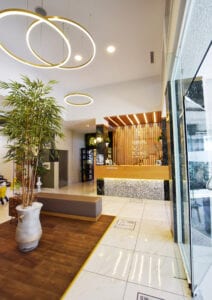 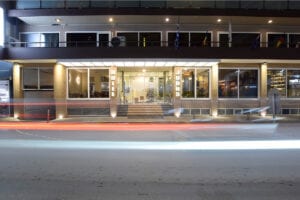 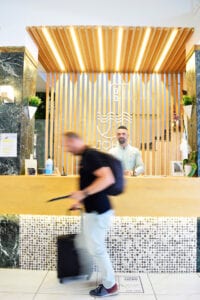 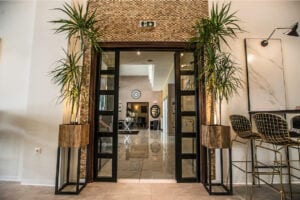 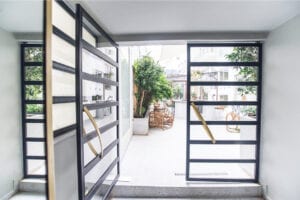 ASK US FOR YOUR EVENT

Our hotel offers special offers for every occasion.